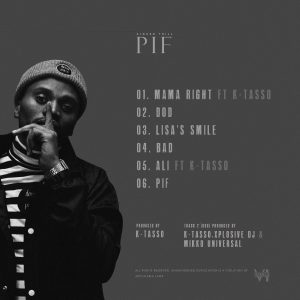 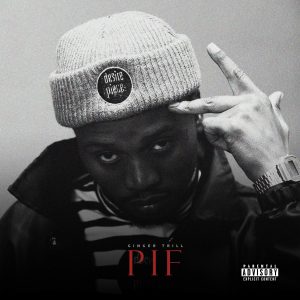 It’s a big thrill celebration in the hip-hop community over Ginger Trill‘s recent release of his concept EP titled “PIF“. On 19th July 2019, Ginger Trill took to social media to announce the pre-order release of the EP, where in turn fans buzzed with excitement and posted on social media screenshots of their pre-order to show support. On 2nd August 2019, “PIF” was officially released debuting and alternating at number one and at number two on the iTunes hip-hop charts while sitting at number four across all genres.

The six track concept EP is largely inspired by the 2002, Harlem – New York based movie titled “Paid In Full”. “The movie is so rich and steeped in the hip-hop culture. From the slang, to the attitudes and just the way of life depicted in it. The EP paints a picture of the reality of the music industry, with the fantasy of the movie Paid In Full, in so far as hustling and rapping can be seen as one thing- hustling being the main plot of the movie, of course” weighed Ginger Trill.

A second stance is the play of words referencing the urban slang word “pif” which has been interchangeably used with another slang word for “Joint”, used in slang context and translation from a marijuana cigarette to also being interpreted as a song, particularly in rap. “I always describe something as “pif” if its dope, you know?”

In light of the lengthy run Ginger Trill has had in the hip-hop scene, the title may be interpreted as a saying to that his “dues have been paid in full” to the hip-hop community. “The last piece to the puzzle is paying homage to the classic Erik B & Rakim’s Paid In Full tape that dropped way back in ’87.”

On the “PIF” EP, Ginger Trill collaborated with new acts, Xplosive DJ, Mikko Universal and K-Tasso as the lead collaborating act. We witnessed K-Tassoand Ginger Trill‘s collaboration debut way back, mid 2017 with the VOTYaward winning record “High End Freestyle” which was released exclusively on YouTube,. “I’ve never had a young homie from my hood whom I’ve given a platform ever since I got to shine, you know? So this will be the first time I actually do that. This kid K-Tasso is incredible man and I’m actually very blessed to have him producing the entire joint.”

The EP is nothing short of raps and pure hip-hop content. To gravitate the audience to get into the musical work, he provided instructions on how to listen to the EP in order to build both experience and to give insight on the music.

How To Listen To #PIF
1. Watch Paid In Full movie trailer – https://youtu.be/bPsedLjDAcw
2. Put your “repeat all” loop on
3. Press play starting from the first track