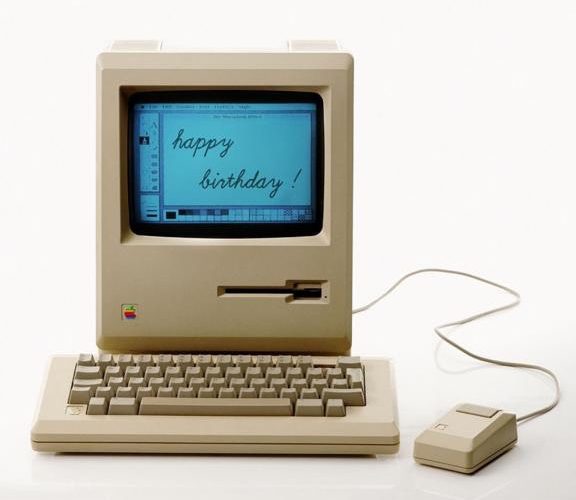 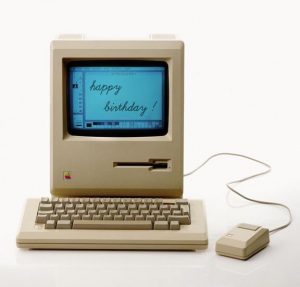 On Thursday April 1, 1976 Steve Jobs, Steve Wozniak and Ronald Wayne started Apple Computers. Their first product was the Apple I computer kit, built by hand by its designer Steve Wozniak. The Apple I consisted of just a motherboard, leaving users to provide their own keyboard, monitor, and case. It went on sale in June of that year for $666.66, or $2,773 in today’s dollars.

Now Apple is 38 years old. 456 months, 1,983 weeks, and 13,879 days of existence. In the years since its founding, the company has released groundbreaking computers from the Apple II to the Macbook Pro, constantly pushing its products to new levels of innovation. These innovations revolutionized MP3 players (launching the iPod in 2001), tablets (the iPad in 2010), and smartphones (the iPhone in 2007).

Of the founding pioneers of the company, two are still alive today. Steve Jobs left the company in 1985 after a power struggle with the board of directors, but returned in the late 90s to help save the company. Without Steve Jobs, Apple may very well have gone bankrupt. Under his leadership as CEO Apple introduced the iPod, iPad, iPhone, iMac, and its own digital content retailer, iTunes. Jobs passed away in 2011 following a struggle with pancreatic cancer.

Steve Wozniak left Apple in 1987 and continued his work as an entrepreneur, starting a new company called CL 9 which developed the first programmable universal remote control in 1987. Beyond his business pursuits Wozniak also taught 5th grade and appeared on Dancing with the Stars. He continues to work part time with Apple to this day.

As for Ronald Wayne, his story is a slightly sad one. Wayne was an important part of Apple’s founding, writing the original partnership agreement and drawing the company’s first logo. For his work he was given a ten percent stake in the company, which he sold shortly after the company was founded out of fears he might be responsible for any debt the company accumulated. He reportedly sold his shares in the company for $2,300, or $9,657.88 in modern dollars. If he had held onto his ten percent he would be a billionaire today.

In 2010 he explained the sale to the San Jose Mercury News.

“I don’t waste my time getting frustrated about things that didn’t work out,” he says. “I left Apple for reasons that seemed sound to me at the time. Why should I go back and ‘what if’ myself? If I did, I’d be in a rubber room by now.”

Happy birthday, Apple. You’ve been a source of innovation and technological foresight for almost four decades now. We can’t wait to see what the next four decades will bring.