Bolstered by Teck-Zilla’s speaker-crushing production, “Victory” is a celebration of the classic hip-hop posse cut with fiery rhymes from Shabaam Sahdeeq, Indigo Phoenyx, Phlow, and Eternia. The hard-hitting track also represents just how much the culture has spread since its inception because the five artists on here represent different parts of the globe including Nigeria, the U.S., and Canada. The collaborative single drops Aug 14 on major DSPs via Teck’s Str8Buttah Productions company.

Teck-Zilla is a Nigerian born producer/DJ/Writer and a founding member of the Hip-Hop group “Str8Buttah”. As a producer, he has worked with a vast array of emcees from Nigeria, Zimbabwe, Zambia, South Africa, Kenya, Canada, USA, and the UK.

Teck-Zilla picked up the deejaying bug in Montreal while watching local legends like DJ Lady Oracle, God Father Dee ,and Scott C displaying their skills on the wheels of steel and he has gone ahead to DJ for artists like Dessy Dilauro & Henri-Pierre Noël during their respective album release party in Montreal. He also manned the decks at the annual Urban Festival held in the town of Trois Rivieres among other gigs. 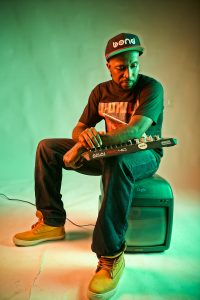 He went back to Nigeria a few years back to foster in a new breed of artists via his production company Str8Buttah productions while deejaying at various clubs and events across the country when he was there.

He worked with CHocolate City Music for some years and produced on the Choc boi nation compilation: The Indestructible Choc Boi Nation

He is one of the main DJs at the annual Redbull sponsored BattleOfTheYear dance competition and the in-house DJ/music curator at the annual SMW Lagos event.

In 2017 won a DJ competition (sponsored by AXE deodorant) which won him a gig to play in Ibiza alongside South African House Deejay, Black Coffee (producer of Drake’s Get It Together). 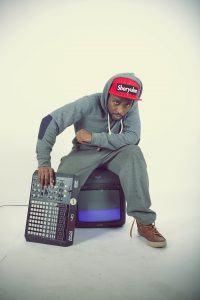