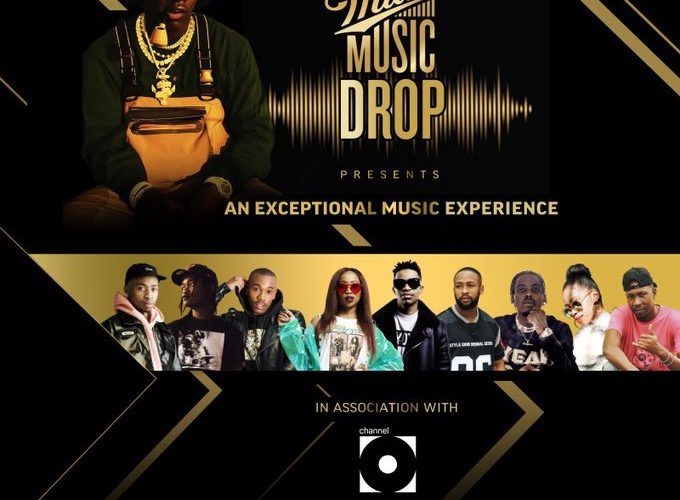 Johannesburg, South Africa – Last Saturday, Miller Music Drop set the bar for live music lituations. South Africa’s leaders of the new wave shined on stage alongside American rap star, Lil Yachty, in what was the most exclusive party of the year.

A product of Miller Genuine Draft, Miller Music Drop was an invite-only event that saw 1000 attendees, including celebs, media and music lovers turn up at a secret location in Sandton, Johannesburg. Guests were whisked away in luxury shuttles to the venue where a night of black and gold was set with many unexpected twists.

The brand pulled out the lavish standard in true Miller style. Guests were treated to a specially-tailored experience where every detail was considered. From the perfectly chilled gold bottles of Miller that met guests at reception, to the performance artists in gold body paint who blended in with the wall art and even sparkling stilt walkers.

Delicious canapés were served on golden trays and the MGD SA dancers equally hot and on fire. With the dress code being “a Grammy after party,” attendees rocked shiny sequins, gilded dresses, and grown and sexy swag.

The musicians took it to the top with their stellar performances. South Africa’s own Tshego lit up the stage as he performed his hits with a live band. He treated fans to his chart-topping single, No Ties and even performed an amapiano remix of the song.

Headliner for the evening, international hiphop superstar Lil Yachty entertained the crowd. They went wild as soon as he started his verse on DRAM’s Broccoli and created a moshpit when he performed the massive Boom!


There were several DJ booths placed around the dance floors. DJs like Ms Cosmo, Kyotic, Nikki Newland$ and more went head to head in a jam battle where they took turns playing songs that would move the crowd more than the last one did.

By the end of the night, Miller Music Drop had given a new meaning to exclusivity. If this year is anything to go by, it’s safe to say MGD SA has the music Midas Touch.

For images from the night please see below: