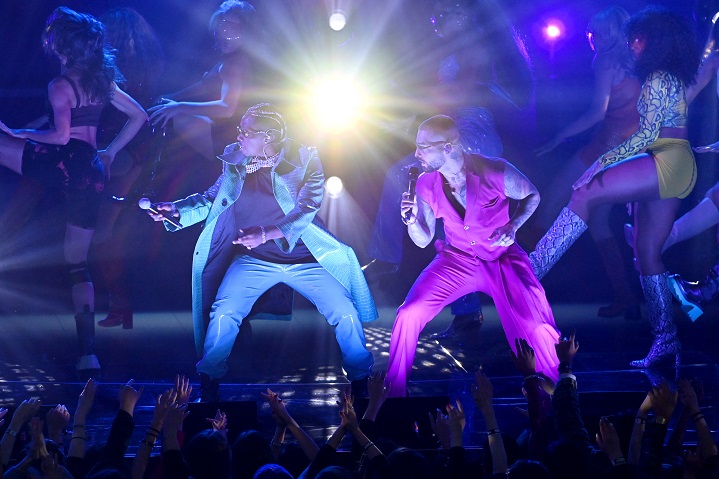 Johannesburg — 19 Nov, 2021 — The 2021 European Music Awards (EMAs) highlighted the rise of African music to global prominence as Tanzanian singer, Rayvanny became the first African artiste to perform live at the EMAs when he joined Latin superstar, Maluma, on stage for the world premiere performance of Maluma’s new single “MAMA TETEMA”.

Expressing his gratitude at the opportunity to make history, Rayvanny said, “I am so honoured to be the first African artist to perform at the EMAs main stage. This is not for me only, it’s for my country, Tanzania, and the African music industry. The performance at the EMAs underscores the meaning of unity – Europe, Africa, Asia, America and the whole world in general, we are one. Big thanks to EMAs and whole team for that huge platform, but also want to thank my brother, Maluma, who decided to perform our song MAMA TETEMA. He could have done any of his hits, but that’s all love and I feel blessed. Music is a universal language, let’s keep supporting each other. One love!”

Monde Twala, Senior Vice President and General Manager of ViacomCBS Networks Africa (VCNA), added that, “It is great to have African artistes featured on the EMAs stage. This year, African music has witnessed a global renaissance and ViacomCBS is proud to provide a platform to showcase the best of our music and culture.”

Y’S THE SUMMER OF YOUR LYFE IS HEATING UP!