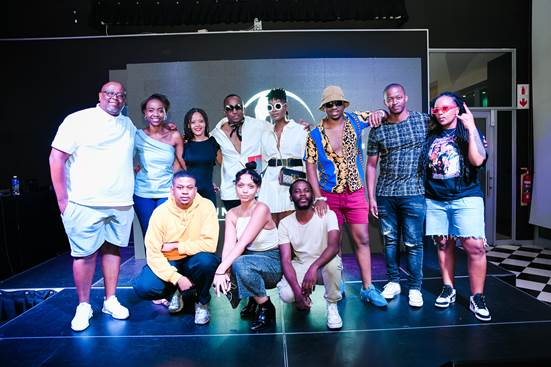 The amapiano-inspired song that was produced by Tyler ICU is called Buyile and features Lady Du and Stino Le Thwenny. It is the first fruit of a collaboration between UMGA and Mythrone Records and it will be followed by new music from Mythrone partners, DJ Lamiez Holworthy and rapper, Maglera Doe Boy.

Inspired by the legacies of labels like Ghetto Ruff and Kalawa Jazmee, Mythrone Records aims to elevate South African artists to superstardom. “I wouldn’t be able to achieve much in my career without key partnerships,” says Khuli Chana. “Lamiez’s Holworthy Holdings and Maglera Doe Boy’s ONDE Live are partners with Mythrone. So us getting together with Universal Music Group Africa will help me bring to life my vision to create an amazing music catalogue and put out amazing content because UMGA shares my vision.”

UMGA has plans to expand the kingdom. The label’s Director Of Urban Music, Refiloe Ramogase, said: “Khuli Chana has been synomymous with creating timeless music that carves out its own lane. He has also had a knack for being able to co-sign the next wave of greats as he did previously with both AKA and A Reece previously and now with MDB and Lamiez. We are both excited and privileged to be a part of this new chapter and taking it from Africa to the world!”

Crowned as one of his generation’s saviors of Mzansi rap, Maglera Doe Boy is thrilled that access to UMGA’s pan-African and international network will break down geographical and musical borders for his upcoming 2Player: The Score EP. He said: “It is exciting to know that ONDE Live’s partnership with Mythrone Records will benefit from UMGA being able to put my music in the places Khuli and I have always wanted it to reach. We now get to set up shop everywhere.”

The Tattooed Lady known as Lamiez Holworthy shares the rapper’s sentiments. As she readies her new single for public pleasure, the DJ said: “I trust Khulane, how business-minded he is and what a creative genius he is. Things can only get better with this joint venture between Mythrone and Universal.”

Khuli Chana adopted the nickname Don KhuliYano for his foray into the genre but this founding member of Morafe insists this is an extension of the motswako philosophy of mixing South African culture. “Khuli Yano is me reinventing myself, yet again,” he shares. “I’m excited to come back and compete one more time.” And with that, the music monarch returns to claim his throne.