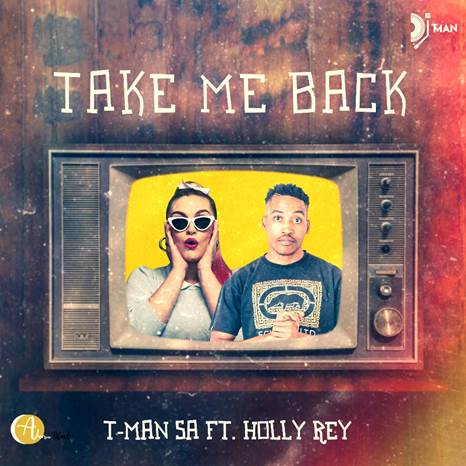 Johannesburg, South Africa – Wednesday, 28 April 2021 – DJ T-Man and Holly Rey showcase a detailed story of how to win your love back on new Take Me Back visuals.

In a continued effort to promote his current lead single, DJ T-man has released the visuals for Take Me Back, featuring award winning singer, Holly Rey.

Directed by Sibusiso Samela, the music video details a case of love back premise for the music video borrowed from the lyrics of the chart topping single. Straddling between the past and present. The music video starts with a couple reaching the demise of the relationship.

The music video then tells the story of how the couple met, fell in love at first sight and almost ended their relationship. Inter-cut are performance scenes by Holly Rey. Holly Rey’s performance scenes are assisted by contemporary dancers personifying the words of the song.

About Take Me Back:

House music DJ and Producer T-Man SA gives his take on the Amapiano genre on Take Me Back. The track features multi-platinum selling, award-winning musician, Holly Rey on vocals. The two make bold strides and work well to meld the worlds of Amapiano and contemporary South African pop music. The result is an upbeat dance track with afro-house elements as well as dark, heady ‘piano synths and a captivating hook with instant appeal.

South African Music Award-winner Holly Rey provides the vocals, singing about the regret at having caused her lover pain, asking for forgiveness, and asking that they take her back.

DREGA’S NEW DROP IS PROVOCATIVE, BUT IT GETS THE PEOPLE GOING