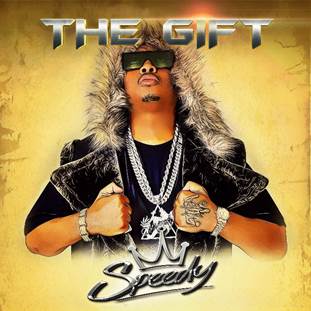 Speedy has marked a return to releasing albums following a 14-year stint with his new album, The Gift. A 22-track body of work which the musician introduced with his radio charting lead single, Khumbula, featuring Nhlanhla Nciza.

The Bongo Maffin alumni has now made the entire body of work available. Speaking on his intention with the album, Speedy wrote on Instagram that:

“My last album was in 2007. I’ve been working on this album for a while now. This is a very special project to me. I wanted to include all 33 songs, but we’re down to 22. I hope you guys enjoy it as much as I enjoyed making it.”

Stream/ Listen to The Gift here

Speedy’sThe Gift explores and reflects on romantic relationships, success, as well as spirituality, on an album that spans across genres.

The album is an audacious undertaking. The album oscillates between genres, drawing from his immense Kwaito background, leaning into his soulful Afro-pop sensibilities, and experimenting with afro-house and amapiano influences, to create a unique sound all his own. A good majority of the album is made up of feel-good, upbeat songs drawing heavily from the Amapiano genre.”

Overall, Speedy’s The Gift is a display of supreme versatility, as he hops between genres, vocal deliveries, and infectious, compelling production choices that prove his staying power in the industry.

I AM VIGRO DEEP RELEASES IN THE DARK