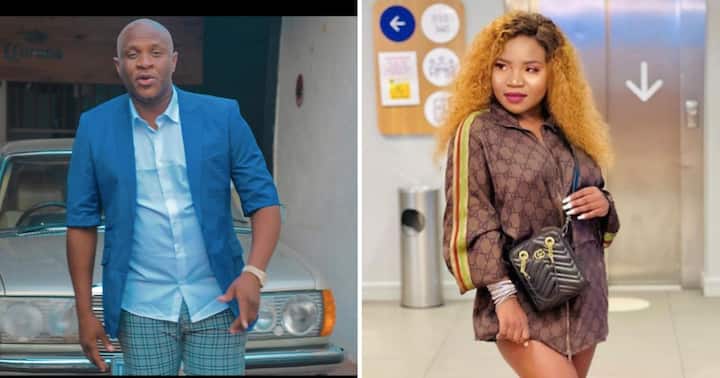 Makhadzi is trending for the wrong reasons again. The singer, who made headlines after being dumped by Master KG, has been called out by fellow musician, Dr Malinga. Malinga alleged that he was never paid for performing at one of Makhadzi’s shows. However, the ‘Ghanama’ singer shared screenshots of proof of payment to Dr Malinga.

Social media were shocked when Dr Malinga took to his Facebook page to call out singer Makhadzi The Thanks Bye hitmaker, who made headlines when he was broke, said Makhadzi never paid him for performing at her show Makhadzi fired back at the allegations by sharing screenshots proving that Dr Malinga was paid R15K

The star, who trended after weeping on MacG’s Podcast and Chill looking for donations, said Makhadzi used him to market her show.

Dr Malinga calls Makhadzi out Taking to his Facebook page, Dr Malinga said he was never paid for performing at Makhadzi’s show. He noted that Makhadzi invited him to perform to get clout on social media. He wrote:  “Makhadzi stop you using people for your own benefit, God is watching you dammit. You only wanted to promote your show using my name mxm. Let me count I never ate anything at your show….no drinks I’ll go live soon to tell people that you promised you won’t exploit me, promoters treat me better than you did.”