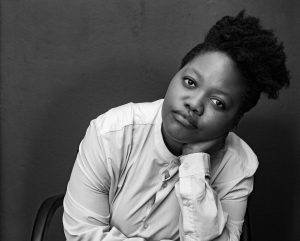 Putuma was announced as the winner at an awards function in Cape Town on Wednesday 6 March. She wins R25 000 in prize money — as well as the opportunity to take her play into full production to be staged as part of the Main programme at the National Arts Festival in Makhanda, which runs from 27 June to 7 July.

Putuma, whose powerful debut poetry collectionCollective Amnesia was named Book of the Year by City Press in 2017, took first place with her script titled, ‘No Easter Sunday for Queers’.

Nobesuthu Rayi, the Associate Producer of the National Arts Festival, says Putuma “is one of those black women who have been claiming their spaces on this earth – and her play does nothing less than that. Her work is a rare force – aggressive, true and layered. While it does not sit comfortably at times, just as homophobic attacks never sit well, her narrative’s rough texture resembles the nature of our society for the LGBTIQ+ community.”

Production is beginning on Putuma’s brand-new play, with a director and actors being appointed. The play will be staged as part of the Main programme at the Festival, which is attended by local and international producers.

“We are excited about our partnership with National Art Festival and the platform this competition creates for developing young writers, like Putuma, whose stories need to be heard. We look forward to seeing Putuma’s script coming life as part of the Main programme at the National Arts Festival. ” – Simoné Benjamin, Arts and Culture Project Manager Distell.

Putuma writes on her website that her work “insists on visibility and offering healing”. She takes on authority in various spaces — academia, religion, politics, relationships – to ask what has been learnt and what must be unlearnt.

On winning the award, Putuma says, “I am thrilled to have the opportunity to share this work on such a huge platform, and to be backed by Distell and the National Arts Festival means a great deal. I have never showcased my own work at the National Arts Festival, let alone on the main stage. So the idea of that makes me want scream. I am nervous and excited at the same time. This story is important to me, and I feel incredibly privileged that the adjudication panel felt that it was important to share this story with others and to give it life beyond the page.”

“There is a space for a voice such as Putuma’s in this industry and in our society,” Rayi says. “I’m pleased that the Distell judges could see that too.”

The four other finalists – Erica Harris, Kelly-Eve Koopman, Morapeleng Molekoa and Bongumusa Mnisi – were highly commended by the judges with very promising scripts between them. They each receive R5000 and, as part of the prize, received mentoring from a writing professional to take their play to completion.

The organisers would like to thank the selection panel for their time and expertise:

Released for the National Arts Festival by
Sascha Polkey
Rabbit in a Hat Communications
021 300 0052
083 414 0552
media@nationalartsfestival.co.za

For more information about the National Arts Festival:

SHIM.ZA THERE’S NO WRONG WAY TOUR KICKS OFF IN THE CAPITAL CITY