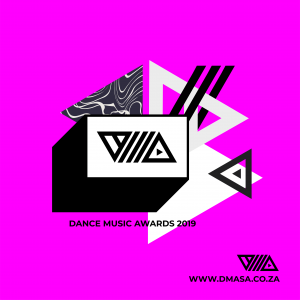 Following huge success over the past two years, the Dance Music Awards SA plan to be even bigger with an exciting additional category this year. And with even more support from the SA music industry as large, this will be one for the history books with over 21 categories .

The winner selection will be held entirely online with the DMASA managed as an audience-voted award event dedicated to South African dance music. Voting and nominations will be made through the official website with support from social media. The user voted award process is fully transparent, giving the public the power to choose the award winners.

The competition will be driven strictly by social media and online interaction, meaning no “panel” will dictate the nominees.

The actual awards ‘ceremony’ will also be conducted online, where the winner will be announced in each category. This not only provides fans a chance to interact with artists/DJs around South Africa but also helps those artists/DJs gain recognition and prestige throughout a wider fan base and audience.

The winners will then be invited to a private honorary dinner to collect their actual physical awards in early October.

Now in its 3rd year, the DMASA is once again taking place to celebrate the evolution of the genre and its creators. Once again we get to honour the Greats of Dance Music‘, says awards representative Ricardo da Costa and further adds, ‘Dance music knows no race, age and even socio-economic dividers. It offers the perfect platform to celebrate our diversity as South Africans through music. So these awards celebrate the people who make this music happened for us, the FANS!! ‘

The DMASA 2019 categories are listed below with the inclusion of a new category, Best Amapiano Record of the Year.

The DMASA hopes to stimulate dialogue and create a forum for songwriters, performers and dance music musicians. Through this exchange the DMASA hopes to draw attention to the artists/DJ’s and ideas at work in the dance music industry and promote greater participation and recognition for South African dance music abroad.

The DMASA present an opportunity for music enthusiasts from around the country to celebrate their favourite DJs and artists by nominating or voting for them as a potential category winners.

AND THIS IS HOW IT WILL WORK: