Behind the Playlists with Spotify Editor Melanie Triegaardt: African Heat

Spotify‘s just-launched African Heat Campaign celebrates the impact of African Dance culture around the globe,  centred on Spotify’s flagship playlist African Heat. Now go behind the playlist on the Spotify Artists’ Blog with music editor, Melanie Carmen Triegaardt as she gives fans a glimpse into what goes into curating a playlist like this. Melanie chats through the potential the playlist has to amplify music from the continent, at a previously unheard-of rate, to a global audience and the cross-pollination that it could inspire for African creators worldwide  – you can catch Melanie’s full interview here.

Showcasing the latest dynamic sounds from African creators – African Heat includes artists such as the “Ke Star” hitmaker Focalistic, Fuse ODG, Olamide  and the leading female faces of dance music in Africa – Sho Madjozi, Niniola, Moonchild Sanelly, and Amapiano’s Lady Du who commented on the influence that African dance culture has had on their music and its success. 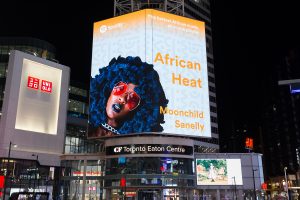 “Dance culture has helped me spread my music outside of the continent. Dancing is a universal language and of all the genres I’ve made, dance is the one that has connected me to the world.” – Moonchild Sanelly

“Dance culture has really helped push my music into countries like the UK. The AmaPiano genre has taken over and I love that local dances such as the gwara gwara, have taken off internationally.” – Lady Du

Attached find more info on the “African Heat to the Streets” campaign and the #AfricanHeatChallenge and enjoy the campaign video, directed by South African filmmaker Zandi Tisani and featuring dancers from around the world including our very own Kamo Mpela HERE. 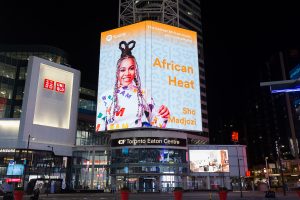 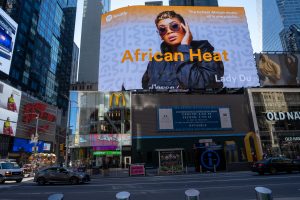